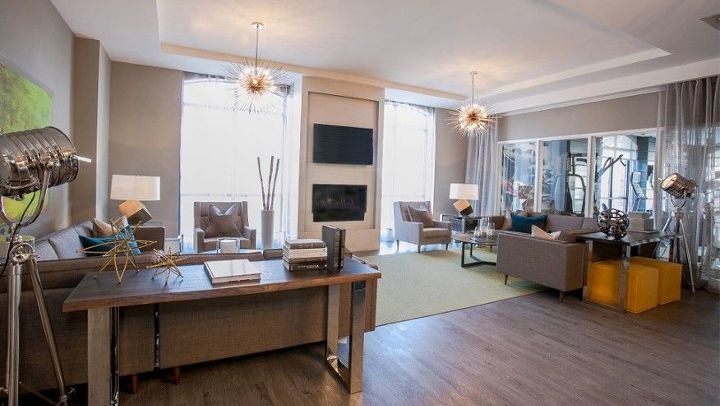 While others focus on Class A developments, CAPREIT looks to preserve affordable housing and make a solid ROI in the process.

Go into any second-grade classroom (please get permission first) and ask the 7- and 8-year-olds what they’d like to be when they grow up. Some popular answers would surely be “firefighter,” “police officer,” “teacher,” or “nurse.” For good reason: They’re all noble professions that contribute immensely to society.

Andrew Kadish, who took over as president of Rockville, Md.–based CAPREIT in January 2015, didn’t grow up to be a firefighter or teacher, but he still thinks about those people who did and realized their dream—on a daily basis. But he’s more concerned that they can find a nice place to live at an affordable price.

“It’s very [worrisome] to me that if not all, an overwhelming majority of the new-construction starts across the nation are not even Class A—[they’re] Class Triple A-Plus,” he says. And of those civil servants who contribute to their communities but don’t earn high salaries, he asks, “Where are they going to live?”

CAPREIT aims to provide and preserve affordable options for people in the 18 states in which it operates, Kadish says, but it’s also a private company that needs to make money. How does it balance the two?

The strategy
CAPREIT has been active during the past 18 months since Kadish took over the company from his dad, Dick, who founded the firm in 1993. Traditionally, the firm’s portfolio has tilted slightly toward market-rate housing over affordable, but as it currently stands, it’s an even split among CAPREIT’s nearly 14,000 units, Kadish says.

Often, the company will pursue low-income housing tax credit (LIHTC) properties, he explains, that are 10 to 15 years old and where “the limited partner is just sitting there with a liability on their books and just saying ‘get me out of here.’?” CAPREIT is happy to provide an exit option.

Many LIHTC property managers want to make sure they’re operating at 100% occupancy, Kadish says, but he contends that’s where they’re wrong. By doing so, he argues, they’re leaving money on the table. “I can’t tell you how many times we hear them say, ‘We’re at 100% occupancy and I have a two-year wait list.’ That’s great and all, but I’d much rather operate at a 95% to 96% occupancy and charge max rents,” he says. CAPREIT sees an attractive spread between the rents being charged and what people can pay for those units.

There are also amenity fees CAPREIT can tack on, like laundry or valet trash service. “It really does add to the bottom line,” Kadish says. “While we can’t charge $5,000 for a two-bedroom like some of these Class ­Triple A’s, we’re making a very healthy cash-on-cash return pretty much on most of our tax-credit communities.”

While costs typically go up for residents when CAPREIT acquires a property, Dick Kadish says those residents also get a nicer living space. “We manage affordable housing pretty well for our residents,” he says. “We don’t skimp. If we need to paint a property, we go ahead and paint it. We don’t worry about whether or not we’re going to meet our partner’s projection. We manage as if it were market-rate housing, and we want to keep the properties as modern as possible.”

Business as Usual
Today, there are more properties to keep modern, due to CAPREIT’s activity over the past year-plus: It’s acquired 15 communities since January 2015. In April, the company closed on a five community, 978-unit portfolio of income-restricted properties in the Richmond, Va., area for $68.5 million, and it plans another $3 million in renovations. The communities, which range in age from 11 to 16 years, were managed previously by Landmark Property Services and comprise Overlook at Brook Run, The Glenns at Miller Lane, Creekpointe, Lieutenants Run, and Longhill Grove.

CAPREIT has operated in the Richmond market for more than 20 years, Andrew Kadish says, and knows the area well. “We feel that not only do we have the expertise regarding those individual submarkets,” he says, “but also the fact that we own and manage a couple hundred units there, we’ve easily been able to achieve economies of scale, adding to our operational efficiency.”

Jeff Kunitz, executive vice president, affordable housing, for CBRE Group, brokered CAPREIT’s latest Richmond deal and says the negotiation could’ve fallen apart along the way. The portfolio had several owners, Kunitz explains, one of which changed the terms to which it had previously agreed after CAPREIT was selected as the buyer. “A lesser buyer would have walked away,” Kunitz says. “CAPREIT spent the time, money, and resources to try to figure it out.”

It was the 27th time Kunitz worked with CAPREIT over the past nine years, and he looks forward to No. 28. “I would do a deal with them or recommend them over almost anyone in the country,” he says.

“They’re the most honest group I’ve ever worked with,” Kunitz adds. “It made problem solving more on a partnership level. It wasn’t me in the middle of a transaction trying to position them; it was always honest and up front.”

And that factor has remained constant, Kunitz adds, during and since the transition process from Dick to Andrew. Dick, who now serves as the company’s chairman, explains that it was always the plan for Andrew to take over CAPREIT one day, but when Dick fell ill, the time line was moved up.

“We all thought it would be a gradual move,” Dick says, “but I got sick and, all of a sudden, I wasn’t there to mentor him. He had to grow himself.”

CAPREIT now operates 64 communities, but Andrew would like to see that number rise to between 70 and 75 over the next two years. The firm has doubled its stable of equity partners since Andrew took over, bringing the total up to 10 to 12 on a given deal. The company now has more resources to make deals and has begun targeting the West Coast more since Andrew hired Steve Fetting, who was most recently senior vice president of EPMI, as vice president of CAPREIT’s West Coast operations last September.

And with that extra capital, Andrew says, CAPREIT will look to “expand affordable housing stock across the country.”

The affordability need
The major problem that Andrew, Dick, and CAPREIT as a company see with the current multifamily housing market is its skew toward luxury apartments. Since the industry has experienced solid rent growth in recent years, it makes sense to build higher-class apartments, Andrew says. “Apartment developers are seeing there’s a great opportunity to charge extremely high rents,” he notes. “Why not go for that opportunity to make a bundle?”

Getting a project off the ground is difficult, explains Steve Catarinella, CAPREIT’s vice president and assistant general counsel. To get the numbers to line up so that an affordable housing project makes financial sense for a given company, it often needs tax credits. But those aren’t handed out lightly.

The amount of Class A development hitting the market is problematic, says Andrew. “Some partners might disagree,” he says, though. “While we still dabble in that space, we are highly, highly selective in what we acquire.”

When and if the luxury apartment market reaches a tipping point, Andrew is comfortable with CAPREIT’s position. “It’s nice to have that affordable housing stock that we can rely upon if a bubble ever happens.”

Last summer, Andrew was invited to the White House to take part in a roundtable discussion on the affordable housing crisis. “I’d love to just say, ‘Throw a couple billion dollars at it and the problem’s going to be fixed,’?” he says. “It is not. I think it’s going to take a combination of our nation’s housing experts [and] government support. Fannie [Mae] and Freddie [Mac] definitely have to be in there as well. This is going to be a collaborative and team effort in order to preserve and really expand our affordable housing stock, because it is dwindling by the day.”